OF WOMEN AND THEIR ELEGANCE 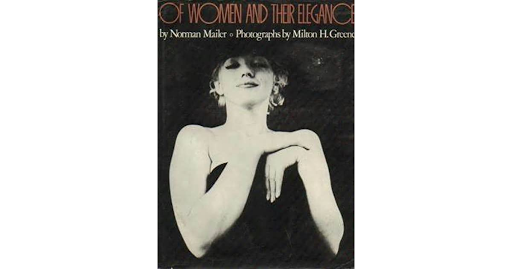 Lots of unmitigated gall went into Norman Maler's fictional presentation in what he imagines a diary by doomed film star Marilyn Monroe might have read like. Of Women and Their Elegance, the very book, is what I consider this to be Mailer's "lost" novel, out of print for years and not discussed often in critical piece's of Mailer's fiction. I was surprised by it when I finally read it; it is, I think, a very good , minor short novel by the author, an inspired extension of the under rated novelistic biography he did of Marylin Monroe. On the one hand he wrote an interpretive biography in novelistic form, and then he took the same research he did and wrote a fiction with Monroe as the narrator. Contrary to some critical fashion, Mailer could imagine complex women characters in his masculine universe, and this brief novel has an imagined MM relating her struggle to become an artist by using her wits and will to channel the essence of aura of sheer sexual allure into a persona that can be effectively used in film. That is the gist of Mailer's theory of why MM was a significant screen actress. As he explains it, is more subtly explained than my crude summation. What's appealing in the book is the voice Mailer creates for her; intelligent, intuitive, self -doubting, establishing and leaving relationships, making decisions and falling prey to media frenzies that finally overwhelm her and diminish her capacity to work or function at all. It is a good read, well done generally. It's a solid part of Mailer's body of work.

By TED BURKE at July 06, 2021
Email ThisBlogThis!Share to TwitterShare to FacebookShare to Pinterest
Labels: NORMAN MAILER