THE JOY OF READING RON PADGETT 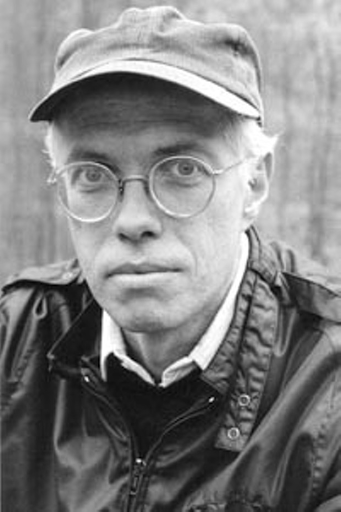 Ron Padgett is every bit the off -hand and fresh-phrasing poet Billy Collins wants to be, and it's his particular genius to write in such a way that he hears what is truly and spontaneously poetic in actual speech and yet has the sense to contain the vernacular with real cadence and rhythm. Though he is eager to avoid the idea of being the Poet/Priest officiating over the mundane life oracle-like in his verse depositions of the every day and the noticed and familiar, Collins seem The Professional all the same, and not in a way I intend as complimentary. Admirable though it is that he seeks to be remain approachable to a reader with only a glancing interest in poetry, his poems are too neat, orderly, the illogic that ought to be at work behind the machinery of language operating much too logically as they arrive at those last stanzas, last lines, and concluding images that are supposed to make you gasp so slightly, close your eyes and wonder how it was the poem started with a man getting his mail or paying a bill and winding up in some other part of the world playing jazz records and reading airport novels.

Collins delivers,, he makes you laugh, cry, coo and ooh on schedule: in another existence I think he might have been the local human-interest columnist for a hometown newspaper, cleverly discussing characters community and bits of homelife three times a week, one thousand words a column, clever, effective, predictable in their habit of surprising people. Much as he likes jazz, there is not a moment of surprise in Collins' poems. But Padgett? He writes what he sees, he sings what he reads, he paints what he talks, which is to say that this poet, a grand figure in the New York School of poets, has a a genuine feel for the city vibe, artists , writers, trashman bar maids, cab drivers and street corner preachers and  influencing his multiple-tongued qualities as a poet so that discourse in his poems, all discourse, whether dissertations or cookie recipes, become idiomatic and equal in their expressive and poetic potential. Padgett is a counter-puncher, a riffer, someone approach the chatter  and prate of the big city leaning a little to the side, and back, as though anticipating a swing for his jawline.

Only a poet tuned into the weights and varying degrees of gravity a line of phrases and images can sound like if they're managed well can write these types of visual astute poems. His is a poetry of framing a perception at the moment it occurs, a sense of the banal giving rise to new formations of thought; the world is askew despite what appears to be sameness and order, and Padgett's method of ordering it all is askew as well. There is in him a capacity to be surprised without sounding like he's a taffy-headed cretin. There is wonder here, not wondering, which is to say he provides the reader with a clarity that incredibly manages to add to the mystery of the thing or emotion he's trying to contain.

Rialto
When my mother said Let’s go down to the Rialto
it never occurred to me that the name Rialto
was odd or from anywhere else or meant anything
other than Rialto the theatre in my hometown
like the Orpheum, whose name was only a phoneme
with no trace of the god of Poetry, though
later I would learn about him and about the bridge
and realize that gods and bridges can fly invisibly
across the ocean and change their shapes and land
in one’s hometown and go on living there
until it’s time to fly again and start all over
as a perfectly clean phoneme in the heads
of the innocent and the open
on their way to the Ritz.

Padgett has a contagious high spirit , and a large part of what attracts the reader to him is constant sense of surprise; right at the point when matters of thought, situation and action tend towards a fatal gravity, we come across one of his zany associations. The effect is of driving for a long period while listening to an earnest, or at least a belligerent discussion on talk radio when your passenger suddenly changes the changes; sometimes it’s sudden and hard, like the hard jab of fingertip to radio button, or screeching, chaotic and questing, like someone turning the knob up and down the AM dial. A mixture of different measures and accents of modulated speech covering news, weather and traffic conditions and a class struggle of music zips by you while the world the car barrels through promises only more commotion, kinetics, and, for Padgett, surprise and joy .

Fixation
It's not that hard to climb up
on a cross and have nails driven
into your hands and feet.
Of course it would hurt, but
if your mind were strong enough
you wouldn't notice. You
would notice how much farther
you can see up here, how
there's even a breeze
that cools your leaking blood.
The hills with olive groves fold in
to other hills with roads and huts,
flocks of sheep on a distant rise

Padgett’s poems at their heart expose the commotion we set ourselves off on as we struggle with what we think existence is doing to us, leaving the effect of a supremely comic sense that’s been honed, whittled and made coolly efficient by pratfalls and even further extremes of snit-fueling agitation. Every nick, dent, gaffe, scrape and scratch that appears in the sentences he writes ,for their sharp transitions, non-squitor leaps of association and the AM radio declarative voice that seems to render past and present and future into a jazzy continuity,  Padgett lets it fly, love lyric or joke or something improbably beautiful that capture an image that itself contains a universe of incidents that puts the reader at the scene.

There is in him a capacity to be surprised without sounding like he's a taffy-headed cretin. There is wonder here, not wondering, which is to say he provides the reader with a clarity that incredibly manages to add to the mystery of the thing or emotion he's trying to contain. Padgett is inside his engagement, not separated from it; what works in his poems is his capacity, like Frank O'Hara in his best, unguarded moments, to remained stunned at a flashing perception; a dozen or so combinations of thinking about what's unfolded in front of you rush by like so many film frames even as the phenomenon is still in the process of revealing itself. This is meant as a compliment, as sincere praise; Ron Padgett reminds of someone who is constantly gathering his wits.
By TED BURKE at November 08, 2020
Email ThisBlogThis!Share to TwitterShare to FacebookShare to Pinterest
Labels: RON PADGETT