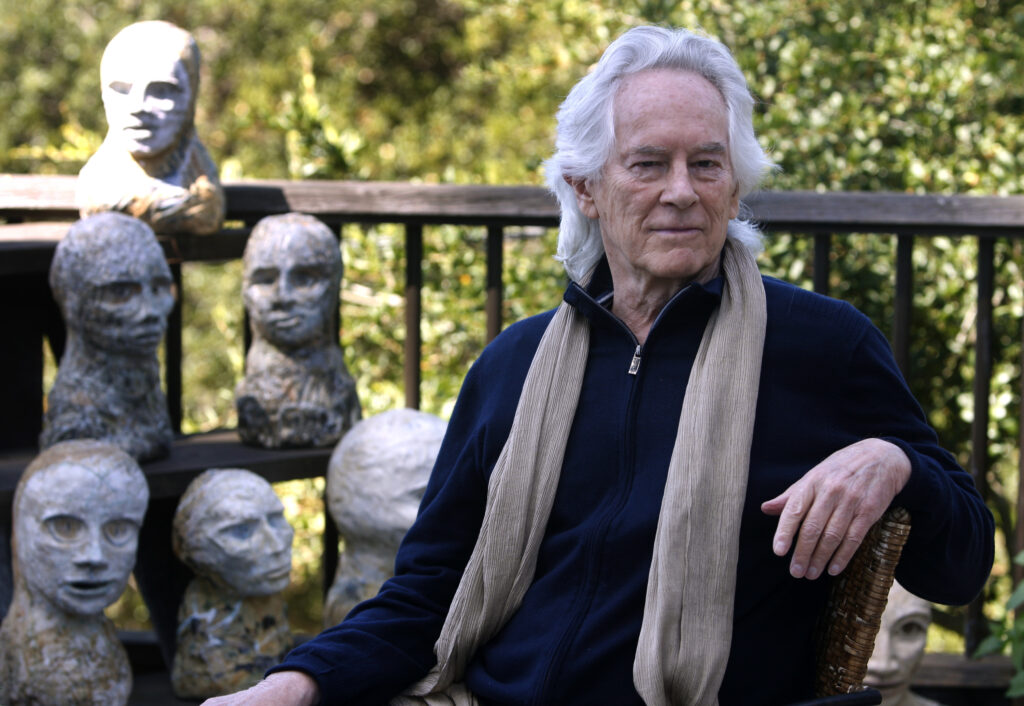 Beat poet , playwright and essayist Michael McClure has passed away at the age of 87. I had the honor of getting to know him sometime back in the 90s when he read at D.G.Wills Books , when we had the great fortune of having a string of great Beat writers, at different times, grace us with a reading. Along with Michael, the bookstore also featured readings by Allen Ginsberg, Gary Snyder, Ted Joans and Lawrence Ferlinghetti. Michael was an especially affable fellow in the days he spent with us; of calm demeanor but intense feeling, gracious, curious about those around him, willing to suffer what I thought in retrospect were naive questions. What he spoke of during our brief chats, and his remarks during his reading , was what I had always marveled at with respect to several writers and their ilk, a seamless integration of the moral,the political, the spiritual, and the artistic. He as a strong,restless poet who had a riveting, muscular lyricism that pierced untouchable mysteries and allowed light ,wisdom and humor to bear on the darker corners of the soul. He was interested in a myriad of things that have no reason to be connected other than the vivacity of McClure's interest and imagination. His body of work, his poems, had a broad range of subject matter, expression, musical and of the well phrase, and then it could be explosive, declarative, oracular, even anthropomorphic, the giving of human traits to animal figures. His interests were varied, and those varieties ran deep, and were deeply felt/ Again, a longer tribute to him is warrented because the wealth of his writing deserves better than a cramped and generalized description of what he did as a poet and spiritual seeker. But I will this to my musings: Michael McClure's life as a writer, revealed in his many books of verse, plays, novels, essays, memoirs and collaborations was an admixture of rigor and intuition. And McClure wore these elements like a loose fitting garment, a man completely at peace in his own skin. Here's a poem I rather like he wrote about trying to make note of the world as it speeds by .


THERE ARE HILLS LIKE SHARKFINS
and clods of mud.
The mind drifts through
in the shape of a museum,
in the guise of a museum
dreaming dead friends:
Jim, Tom, Emmet, Bill.
—Like billboards their huge faces droop
and stretch on the walls,
on the walls of the cliffs out there,
where trees with white trunks
makes plumes on rock ridges.

My mind is fingers holding a pen.

Trees with white trunks
make plumes on rock ridges.
Rivers of sand are memories.
Memories make movies
on the dust of the desert.
Hawks with pale bellies
perch on the cactus,
their bodies are portholes
to other dimensions.

I am a snake and a tiptoe feather
at opposite ends of the scales
as they balance themselves
against each other.
This might go on forever.

Of course I plan to write something longer and more concrete in a few days, but this note is say thank you to a great poet, a grand man, for a measure of fellowship and credible consul.
By TED BURKE at May 06, 2020
Email ThisBlogThis!Share to TwitterShare to FacebookShare to Pinterest
Labels: MICHAEL MCCLURE