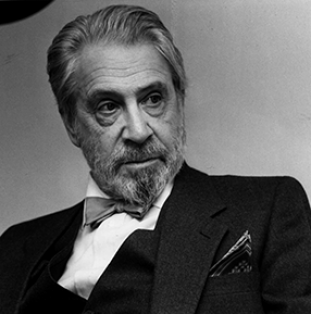 I confess I was in love with my adjectives, metaphors and unhinged diction when I was a younger man attempt to write in the shadow of the Eliots, the Ashberys, the Stevens of the poetry world. Needless to say (but to be said anyway) I wrote a great deal of poems that could be blue penciled into submission, as many, many of the things I composed were done on the fly, in full improvisational rant. Most of us are lucky enough to survive and learn from their youthful indulgence, and my preference in tone , for my work, is to more concise, terser , more direct in my treatment of the world. It's an ongoing experiment in phenomenological terrorism, but we can conclude that my later offerings seeks to get back to the data, the situation under a poem's consideration.
One longs for something to come from their keyboard that's less abstract and more at one with the material realm, a project destined to fail--one cannot step outside their own skin to observe oneself in their habitual habitat--but it is the attempts that are worth considering, pondering, it is the art that adds to our knowledge of the things we don't know. For others, of course, poetry is a means to classify and categorize and index people, places and things; it is a means to conquer the world and reduce to quantifiable data. Poetry here is means of missing the point entirely.

Sadness. The moist gray shawls of drifting sea-fog,
Salting scrub pine, drenching the cranberry bogs,
Erasing all but foreground, making a ghost
Of anyone who walks softly away;
And the faint, penitent psalmody of the ocean.

One needs to admit to Anthony Hecht's mastery of the carefully articulated tone of his work , and appreciate as well the limits he observes when constructing correlatives between interior states with the material world. Not pompous, not grandiloquent, not bombastic, Hecht's poem "Despair" finds a way to make the sluggishness of the human spirit resemble the turns of the day--

Gloom. It appears among the winter mountains
On rainy days. Or the tiled walls of the subway
In caged and aging light, in the steel scream
And echoing vault of the departing train,
The vacant platform, the yellow destitute silence.

The adjectives are perfectly selected and fitted like the smaller, finer diamonds in a larger arrangement of vaguely tarnished gems, with the intent being to remind you, I suspect, that more often than not one has found themselves caught unaware that the warm afternoon has taken on a sudden chill in just the minutes it took for the sun to take a late afternoon shift of position. It does just that, but it seems a bit false; the perception seems padded by the slightest degree.

But despair is another matter. Midafternoon
Washes the worn bank of a dry arroyo,
Its ocher crevices, unrelieved rusts,
Where a startled lizard pauses, nervous, exposed
To the full glare of relentless marigold sunshine.

What I recognize over anything else is a world that seems to exist only for it's elements--an Edward Hopper universe of subdued tones, melancholic hues and diffuse light-- to illustrate a mood that itself seems more imagined, fanciful. The language eschews the chance to be vivid and naked with the sadness it attempts to corral and instead decorates the psychology. Phrases like "Washes the bank of a dry arroyo" or"To the full glare of relentless marigold sunshine" ,  hang lifeless like waiting room art that is nebulous and comforting; the real experience is abstracted, obscured, defused of potential. This makes me think less of an accounting of what one has felt and found suitable expression for than it is a rumor of something having happened . This is the kind of language one comes upon with someone who has something on their mind they aren't comfortable exposing to an honest art. Measured, well crafted, balanced, similes and metaphors synchronized , but without a single provocative notion. You're left to admire the structure of the thing, the finesse of the inner mechanisms, and leave the poem without a hint of real feeling.
____________________________________________________________________________

A little guilt mongering is just what you need to deliver several stanzas of applause ready morality. Anthony Hecht loves to bask in the glow of Points Already Made.The idea seems to be that even with the advance of decades since a horrific event, later generations still bear a moral responsibility for atrocities committed in their country's name; one cannot consider themselves excluded from the fatal commotion that had come before--there is no statute of limitations as to when no longer carries the blood stains and the culturally inscribed rationalizations that made the murder of millions a massive event performed both for the greater good and a fulfillment of an historical inevitability. There is no generational privilege; whatever one tries to do in occupation, hobbies, lifestyle, the routines of contemporary life, on grand and smaller scales, echo the terror, whisper of one's connection to the evil that was perpetuated, implies without subtlety one's responsibility to change the culture to the true nature of a collective personality that made the unthinkable an historical fact we must confront.

Prepare to receive him in your home some day:
Though they killed him in the camp they sent him to,
He will walk in as you’re sitting down to a meal.

This ending is straight from the Twilight Zone, which would have been fine if this were an early sixties television show emphasizing a then-controversial Humanist perspective. Controversial ideas, though, are mainstreamed over time, and this poem seems to occupy a space on the shelve of Subjects No Sane Person Would Argue With.
Hecht, though, is heavy handed in this delivery of what is history lesson and moral that would make for an easy round of applause; one can't argue with his politics or his sense of morality, but the parallelism he uses goes quickly from being an effective device to a trick used a few times too many. As with some other poems of his I've poured over, there is a smugness in his work I find grating, even on points I would otherwise agree without pause or reservation. Hand wringing is what occurs to me, a routinely glum observation that humans are fully capable of being evil , despicable bastards, and that the people who make such monstrosities possible are likewise horrible. This would make a fine speech,but it makes for a poem that wears it's morality like a loud suit of clothes , clashing and garish colors that obscure substance.


There's a clue in the Martin Luther quote Hecht uses as an epigraph, ,Martin Luther’s translation of John 19:7 (“We have a law, and by that law he ought to die.”)An ironic counter point, I think, given the discussion that's already go on ; Luther believed in a higher order and a Higher Law , and was inspired to disregard Papal rule in pursuit of what he considered God's true nature and calling. Laws are written for the convenience of man's convenience, greed and fouler purpose, and the laws the ancient Jews obeyed to justify Christ's crucifixion, as well as the legal and moral right Nazi's claimed for their genocide were cruel, thin fictions that collapsed under historical weight. Hecht seems to want to set us for how consistently small minded we are in our variety of evasions and excuses for the horror we've done; the poem, obviously, reminds the reader that we cannot escape what we've done to one another; my problem with the poem isn't the moral, but the delivery in general--hammering, heavy, lecturing. It's a message without grace .


A large part of his problem may have been his choice of writing this as a sestina, which limits variety.He's obliged by requirement to repeat phrase and idea in conspicuous variations that extinguish the possibility of surprise. Good poets work through their metaphors and themes so that a premise they begin evolves into something larger later in the work--a reader, when the poems are successful, gets an idea of how ideas are not fixed things, unchanging, but rather change when made to interact with a crucial "otherness" that coincides a verse's codified vernacular. There can be, I think, some playfulness in the language that can make even the most baleful subject stick with you without cramming your face deep into the moralizing. Hecht's choice of sestina, though, coincides with intent. He obviously didn't want his audience to miss his intended ironies an
By TED BURKE at April 24, 2020
Email ThisBlogThis!Share to TwitterShare to FacebookShare to Pinterest
Labels: ANTHONY HECHT