WHAT POETS DREAM ABOUT 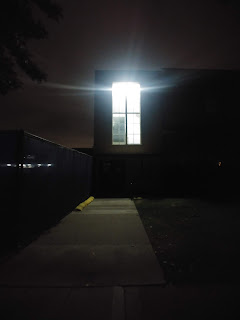 Poets dream about writing poems about moonlight , still waters , vapor escaping from a yawning mouth on a cold night , love that will not reciprocate no matter the intensity or rigidity of your yearning and, I wager, writing poems about poems besides said still waters, under said moonlight. You write about what you know about, so goes the advice, and it often seems that all the poet knows about is his medium and the  mewling, drooling, soft headed language required to fill pages and eventually books with the kind of poetry that is steadfastly unsure in what it wants to say, or at least get at.

It is, however, not a situation isolated to the New Yorker, as it is a habit of mind that filters through the versifying consciousness regardless of politics, preference, or where the poet thinks they are in the relative standards of quality. Save for the few instances where the habit results in a brilliant gem of cadenced self-reflection, it is the worst sort of navel gazing, to employ a cliché. To employ a fresher simile, it's the drone of a specialist of who cannot talk about anything else. Poets are supposed to have mastered their craft and then enter the world. Too many of the writers that find sanctuary in the journals have reversed the process. I am not against difficulty, I am not in favor of dumbing- down poems in order to attract larger readerships, and I don't think the non-specialist reader insist, as a class, that poets have their wear as unadorned as sports writing. The gripe is against the poet who cannot get away from making Poetry their principal subject matter, by name.  Not that each poem about poetry is, by default, wretched; there are bright and amazing reflexive verses indeed, but they are the exception to the rule, the rule being that a medium that ponders it's own form and techniques and ideological nuances too long becomes tediously generic. The problem, it seems to me, is that some writers who haven't the experiences or materials to bring to draw from will wax on poetry and its slippery tones as a way of coming to an instant complexity. Rather than process a subject through whatever filters and tropes they choose to use and arrive at a complexity that embraces the tangible and the insoluble, one instead decides to study the sidewalk they're walking on rather on where it is they were going in the first place.

I rather love ambiguity, the indefinite, the oblique, the elusive, and I do think poetry can be ruthlessly extended in it's rhetorical configuration to encompass each poet's voice and unique experience; the complexity I like, though, has to be earned, which is to say that I would prefer poets engage the ambivalence and incongruities in a sphere recognizable as the world they live in. First there was the word, we might agree. But those words helped us construct a reality that has a reality of its own, and I am more attracted to the writer who has tired of spinning their self-reflectivity tires and goes into that already-strange world and field test their language skills.

Wallace Stevens, perhaps the most beautifully oblique poet America has produced, can be said to have written poems about poems, but I think that misses the point. Our latter day mainstream reflexives  are enamored  of the their own broad readings and wind up standing outside of poetry  thinking they have a better idea to what a poem should be. The concern isn’t the poem, but the abstraction, an inversion that has the erudition outsmarting the inspiration. Stevens was smart enough to familiarize himself with the philosophical propositions regarding the problems associated with the world we see and the world as-is; his genius was that he created a metaphorical systems that could deal with poetics-as-subject and still give us something beautiful and wholly musical.

I am beginning to suspect that the problem might not be that poets are writing too many poems about poetry--the tradition for the bard to reflect on his craft and his relevance is very long established in world literary history--but that of the tendency of editors to select or solicit these sorts of works. If one looks further into the works of the New Yorker poets cited in the story, one would notice that they respectively manage to engage life outside their craft ; the body of work is not always the excluding, suffocating lone idea as it may seem here. Editors, I am tending to think, need to be more open ended as to the subject matter they consider suitable for the magazines or journals they write for.

at July 13, 2012 No comments:
By TED BURKE at March 02, 2020
Email ThisBlogThis!Share to TwitterShare to FacebookShare to Pinterest
Labels: POEMS ABOUT POETRY