The Poetry of Slaughter 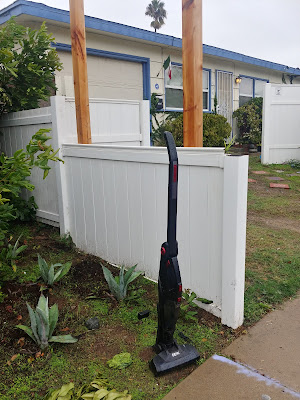 The small yet dread thought most of must struggle not to give an ear to as we pass the supermarket meat section is exactly how did all those fine sides of beef, ham, chicken, turkey, lamb get to where they are, from animal to shrink-wrapped packages kept cool under glass or dangling from hooks, ready to consume. Paul Ehrlich, author of The Population Bomb among other books, phrased it well in speech I saw him give in the Seventies at an Earth Day rally, declaring that Americans are willfully ignorant of the costs involved in the manufacture of prepared food; as we roll our carts down the aisles, we assumed the shelves "are restocked by God." Ehrlich was speaking of the economic costs and how the waste was straining the resources the planet has to sustain life, but on a less alarming level there is the refusal of many of us to face the truth that animals are killed, slaughtered in cruelly efficient ways in order to speed the delivery of the meat to the grocery shelves at a reason for the hope of garnering a reasonable profit. Norman Mailer, in Miami and the Siege of Chicago, gives an especially focused account on the mechanized brutality afflicted on the gathered cattle:


Well the smell of the entrails and that agonized blood electrified by all the outer neons of ultimate fear got right into the grit of the stockyard stench. Let us pass over into the carving and the slicing, the boiling and scraping, annealing and curing of the flesh in sugars and honeys and smoke, the cooking of the cow carcass, stamp of the inspector, singeing of the hair, boiling of hooves, grinding of gristle, the wax papering and the packaging, the foiling and the canning, the burning of the residue, and the last slobber of the last unusable guts as it went into the stockyard furnace, and up as stockyard smoke, burnt blood and burnt bone and burnt hair to add their properties of specific stench to fresh blood, fresh entrails, fresh fecalities already all over the air. It is the smell of the stockyards, all of it taken together, a smell so bad one must go down to visit the killing of the animals or never eat meat again. Watching the animals be slaughtered, one knows the human case--no matter how close to angel we may come, the butcher is equally there. So be it."

Upton Sinclair, before Mailer, wrote about the splattered ugliness of the slaughterhouse in The Jungle, and in both books the point of the acute depictions of grizzly meat processing is to reveal what it is that we are shielded from and what we continually deny, that there is violence, death, what activists would call murder involved in each steak, hamburger, and hamburger we buy or make for ourselves, that our feeding on meat to both sustain ourselves and enjoy, as a residual result, as an aesthetic experience, is inextricably linked to death. An old equation, perhaps, a faint point to make, but the intent with Mailer and Sinclair's writing was to connect their readers with the thorough unpleasantness of food production, in short, disabuse them of the idea that where the delicious preparations come from is none of their concern. Disgust was a probable goal, outrage another, all with the hope that a headlong stare into the abyss would enable consumers to make better decisions about how they want to live. An experience like that does change lives. I was talking to a friend last night about Thanksgiving, and he told me about how, as a boy of nine, he went with his parents to aunt and uncle's farm for Thanksgiving and, after being allowed to play around in the farmyard and the barn with his cousins, saw his uncle bring the turkey into the barn, place the neck on a stump like we've seen in cartoons, and lop the creature's head off with an ax. The turkey flailed and ran around a bit before keeling over. That night, my friend said he couldn't eat the chicken. For what it's worth, he became a life, long Democrat. Kimberly Johnson's poem "Marking the Lambs" fairly much covers this territory, highlighting narrator, sounding as if recovering from a dull shock to the system, recounts the subjugation of the lamb. The effect is something like a camera zooming in with suffocating close-ups of struggle, carnage, and turmoil, with a narration that itself is distanced and dazed, yet putting together a sequence from the jerking commotion

As crickets geiger-up for spring, we corralthe ram lambs. They stutter and dense against the fencewheezing for the ewes. Down wince,down retch: up one and flip his back to mud,knee to sternum. The banded tail will blackto wizen, prune off easy. But marking is all trespass:thumb the soft belly to pop the scrotum out, then lunge and turnthe mind away, teeth working, working, to snap back and spit

This voice is fractured, given to half phrases and short bursts of detail, given to obscure and unexplained usages (They stutter and dense against the fence wheezing for the ewes. Down wince,down retch: up one and flip his back to mud,knee to sternum. ) leavened with inner rhymes
that rise when the description of the carnage threatens to take on momentum and overwhelm and give the lie to whatever holiday spirit a waiting family used as a pretext to gather together. Johnson, though, does not preach, nor proclaim, nor climb on a soapbox to dispense a moral lesson. The horror, the disgust, the aforementioned outrage, is buried, repressed. What the poem lacks in an obvious explicit philosophical/moral point (which some readers would prefer ) is made up in power, as witness the narrator's attempt to consume and enjoy the flesh of the creature she subjugated and mutilated :

I try not to taste but I amall mouth, all salt blood and lanolin. I heartheir bleatings through my tongue.

The poem is called "Marking the Lambs", a practice not of slaughtering lambs for food but rather a hard scrabble bit of anatomical clipping and slicing to ensure the lamb's health in the production of wool. Johnson,though, makes what I take to be an associative leap and becomes weary with the violence visited upon the meekest of animals. Clothing , food, good times, all enjoyed from the privileged position of uninterest. Awareness of how the pantry and the closet become so well stocked changes our relationship with the things we purchase; we can no longer be nonchalant about it. This had to have the loneliest dinner table this narrator had ever sat at, before a table of ridiculous bounty and a family acting out the spirit of Holiday joy (and I am assuming the poem is inspired by Thanksgiving/Christmas seasons past and present) with the taste and sounds of the sacrificed lamb protesting it's coming demise all too recent and vivid to deny. It's a moment when one realizes that the Great Chain of Being we muse over after hours in cafes or in discussions of vague spirituality is, in fact, a Food Chain, each link unbreakable and forever.

What we eat comes back to back to be that Thing That's At Us, which we tried to assuage with poems as skilled and powerful as Kimberly Johnson's.
By TED BURKE at January 06, 2020
Email ThisBlogThis!Share to TwitterShare to FacebookShare to Pinterest
Labels: Kimberly Johnson