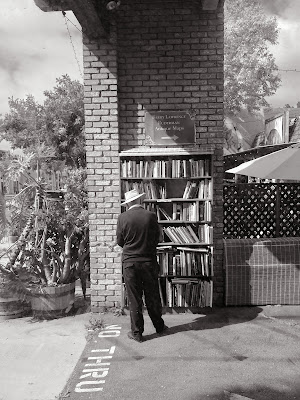 Well, yeah, I'm grumpy some of the time, and I've been accused of being a curmudgeon in regards to National Poetry Month, the annual dedication to an elusive art with a small audience that itself is divided among several hundred-seeming schools of thought as to what is genuinely worth reading or promoting. The reservations come chiefly from the attitude that poetry is something pathetic in itself, with Special Needs, and that there is a collective delusion in the publishing world that poetry can be made more popular by hyping the form with the cliched hokum that sounds culled from New Age screeds. It's a little infuriating to witness art that you believe, at it's best, sparks the unusual idea or the unforeseen connection within a reader be reduced as something that marketers promise to deliver a consumer to an even deeper vat of circumscribed thinking.

I wouldn't say my remarks about National Poetry Month are grumpy, just realistic. On the face of it, I welcome a month dedicated to the art, craft and diversity of poets and their work, and even think that the month might well bring new readers to poetry as something they'd read in their leisure time. The problem is that once we give someone or something a special day, week, or month for the nominal purpose of increasing awareness, most of the population bothering to observe what the calendar day commemorates will nod their head, bow their head, read a few poems, maybe buy a single volume that will likely wind up halfway finished and atop a coffee table, a page bent down to mark a page, not be picked up again, and then be done with it for the year. It certainly gives major publishers significant favorable publicity so they can present themselves as more than bottom-line obsessed subsidiaries of malignant media corporations: look at what we're doing to support the arts, look at our love of poetry!! 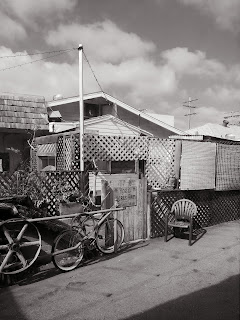