THE NATION EDITORS ARE COWARDS 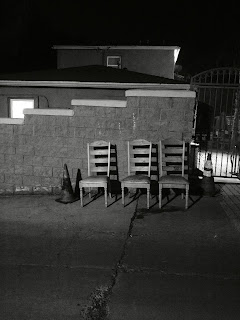 The Nation published a poem by a white poet, Anders Carlson-Wee, written in an idiom likely influenced by black American speech, and the result was a loud and sustained clamor of discontent, protest and other varieties of outrage from some readers. The Nation did a horrible thing; they allowed the poetry editors to apologize for a provocative poem obviously intended to provoke a discussion. The poem that riled so many:

If you got hiv, say aids. If you a girl,
say you’re pregnant––nobody gonna lower
themselves to listen for the kick. People
passing fast. Splay your legs, cock a knee
funny. It’s the littlest shames they’re likely
to comprehend. Don’t say homeless, they know
you is. What they don’t know is what opens
a wallet, what stops em from counting
what they drop. If you’re young say younger.
Old say older. If you’re crippled don’t
flaunt it. Let em think they’re good enough
Christians to notice. Don’t say you pray,
say you sin. It’s about who they believe
they is. You hardly even there.
--Anders Carlson-Wee

Progressives get upset when they are called snowflakes, but the poetry editor's knee-jerk reaction to the critical reception to this poem is nothing less than a spineless surrender to the encroaching tyranny of politically-approved language. The editors , in their apology, tell us that their first reading of a poem was that it addressed, in idiomatic language, the problematic circumstances of disenfranchised Americans and the privileged elite that either ineffectively tries to help them or ignores them outright, about how the oppressed would advise others in the same circumstances to work around the obstacles that impede them. Their first assessment was the right one, and consider the poet's effort to compose the poem the way he did a brave and purposefully provocative one. Sadly, those looking to be offended dragged out their bullhorns and vehemently announced their hurt feelings, to which poetry editors Stephanie Burt and Carmen Giménez Smith sheepishly said: " We can no longer read the poem in that way." Bear in mind, this reversal was not the result of a critical reexamination of first impressions or a philosophical discussion as to why they believe their first view was in error. The strong implication is that they didn't want to be yelled at anymore, This would have been a great moment to turn this poem into a useful discussion of the many perceptions might engender, about the role of voice in political poetry, about the validity or vapidity of negative capability, about how the author's persona in the poem advances the invisible cruel ironies of daily life for the marginalized or how it fails. It might have been the discussion this poem was meant to provoke. The editors write that they " ...recognize that we must now earn your trust back. "

As poetry is an art meant to compel the reader to think about the world in different ways and to consider that matters between human beings are much more than mere sentiment, and given the editor's cowardly about-face on this issue destroys what trust I might have placed in these two. Worse, far worse is that they've destroyed their creditability as poetry editors. They are afraid of poems that might disturb readers. This is careerist ass-saving at its most loathsome. Burt and Smith should resign their position and seek less stressful work. Shame on them and shame on the Nation for allowing this flight from free expression.
By TED BURKE at February 22, 2019
Email ThisBlogThis!Share to TwitterShare to FacebookShare to Pinterest
Labels: ANDERS CARSLON-WEE