HAS THERE EVER A BEST POET, EVER? 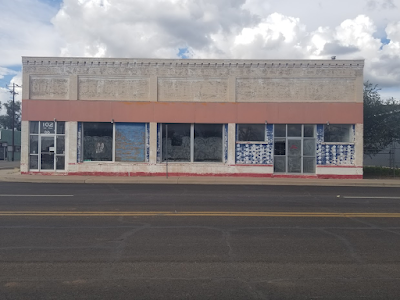 Quora is an internet hub where the didactic among us can answer a variety of questions about a wide swath of issues and top. The queries are meant to be responded to by self-declared experts in the field , the best of which are occasionally extracted and published in Slate, an online journal of some reputation. The questions are not always groundbreaking or pertinent to hot button topics that might be driving the news cycle at the moment.

Someone recently asked if we are in a position now to know who the "best poet of the 21st Century" is yet. Yes, eye rolling ensued after I read it, and yes, my thought was likely like your own, something to the effect this century isn't even two decades in age. How could we know yet who the best among the thousands, millions we haven't encountered, online or in print. But it advances another question, which would be how are to determine the best from a field that has as many poets in as many places with as many approaches as there seem to be stars in the night sky? We can make the case for a "best poet" of the 20th century, in a way because that period is concluded, and we have the advantage of perspective. We can read and consider the broadest range of poets and styles and innovations from the writers of that period, we're able to establish a general sense of what the philosophical, spiritual and aesthetic properties of the time were.

Likewise, we may make judgements based on the reasonable and, most importantly, not inflexible criteria we establish from which to judge what is, truthfully, an overwhelming swath of writers who are relevant to 20th literature. And then we get into further complications, as the question of who is the best poet, the best writer, the best playwright contains the tacit assumption that the poets we are to pick from share a mostly similar background, with elements of ethnicity, cultural upbringing, education, gender (yes, gender), race , sexual orientation and , most importantly, style and technique being more or less the same (with variations) to make decisions regarding who composed the best work achievable. Poetry, though, is the oldest of writing forms , it is said, it is a way of writing that comes not merely from the European models that Americans inherited as a colonized outpost of England, but in matters worldwide.

Hundreds, thousands of different styles, traditions, cultural origins, politics, cosmologies, theological conceits, techniques, different languages that have expressive properties that are unique and inseparable from the written and uttered expression. And it's gotten even more fractured, in particular, as more groups within our populations approach the mainstream culture from the margins where they were formerly consigned and forgotten about; the discussion as to what constitutes a good poem and what makes for a great poet is language that is has many pages, many chapters, many specific and relevant insights that. Even asking as to who the best poet of a given time excludes many poets and poetry schools that are vital, interesting, and important to the expression of experience that would otherwise remain anonymous.

The better approach is to admit your subjective stance and declare who your favorite poet is and to make the case for him or her or they who most matter to you; an intelligent , personalized insight into a writer's work is a form of what is termed "heroic criticism", where one might admit that they only have a glancing familiarity with the critical conversation concerning poetics and still find an articulate argument, predicated from a personal encounter with the text, and achieve a nuanced reasoning that returns the poet to the reader's life .

As much as I've enjoyed the apparatus of serious criticism and have found benefit in the distinctions and particularization of different bards and the energies that have informed their work, there has come, in my aging view of things, a desire to discuss a poem in a manner one engages the topic of good sex, which is personally, thoughtfully, with a discussant sensitive to the subject and who needn't a specialized vocabulary to appreciate the moves , the nods, the feints, the culmination of well rendered stanzas.

By TED BURKE at August 18, 2022
Email ThisBlogThis!Share to TwitterShare to FacebookShare to Pinterest
Labels: MISC.