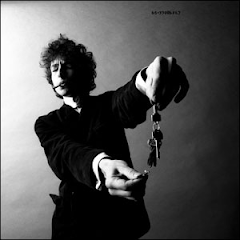 Creating a timeline concerning the rise and wane of Dylan's considerable talent is easy, but the criticism of his work is a subtler enterprise. That is the actual analysis, inspection, parsing, interpretation, theorizing of the music and words themselves, and the taking into consideration the external factors --politics, fashion, religious conversions, divorces, age--that inform the creation of the music. Criticism is the x-ray we use to get inside the work and attempt to come up with adequate terms and descriptions as to how Dylan's material works and , perhaps, why it stands out among the throng of other singer-songwriters who hadn't near Dylan's resourcefulness.

Criticism, distinct from the consumer-guide emphasis with reviewing, is an ongoing discussion that seeks less to pass judgement than it does to comprehend large subjects thoroughly by interrogating one aspect of the work at a time. It is, of course, something like a make-work project as well, a means that some of us use to escape the terrifying silence that falls behind all of us at one point or another, that emptiness of space that sends a shudder down your spine when it seems even your thoughts are too loud and echoing off the rafters. Many writers keep writing, turning from mere expression into pure process, and it is with a good many worthy writers where we can look and see where their particular timelines became crowded with product that vacillates crazily between good , bad and awful, rarely matching what critical consensus considered their best material from their best period.

Edward Dorn is said that almost any good poet has written all their best work by the time they reach age 35, with the general output after that time becoming less daunting,daring, spry. Dylan is like this, I suppose, as is Woody Allen, John Ashbery , John Upidke, and Elvis Costello. I'd always thought that it was a hedge against death, that as the hair and teeth fall out , the arthritis escalates its assault on the joints and the memory takes on the consistency of swiss cheese, the writing, one poem after another, one novel after another, one movie, one song, one opera after another, the work somehow forestalls the inevitable darkness that awaits everyone. And criticism comes in again during these late period efforts of less notable content and turns itself into apologetics, where one theorizes about the proverbial canvas and kinds being changed, the brush strokes being bolder and less intricate as established ideas are played through yet again. It seems we're stuck with this crazy cycle ; even critics, great ones and mere carpetbaggers, want to deny death in some sense and also avoid the idea altogether that they've nothing left to say about another man's words. 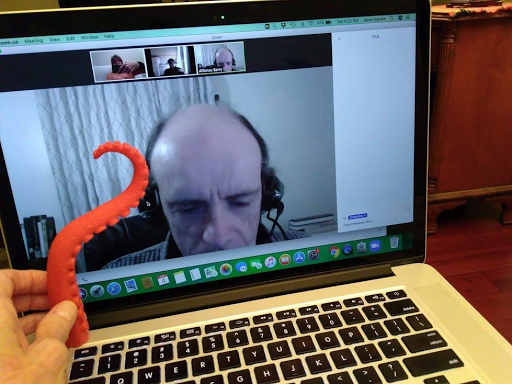 You know, Bob Dylan criticism really isn't hard. The essential core truth is that Dylan's high flight of genius stopped at John Wesley Harding. The rest is fitful, sometimes inspired craft; for long stretches it is halfhearted going through the motions. The main QUESTION is -- why? Why did the innovative genius, the wild POETRY dry up? You might say it was the motorcycle accident and getting married, but then you have the amazing brilliance of the Basement Tapes songs and the subdued audacity of JWH. THEN you have the mellow craftmanship of Nashville Skyline, the growing boredom of New Morning and Planet Waves and the revived storytelling ability displayed on Blood on the Tracks, with faint echoes of the early genius. The rest is somewhere between concerted effort and sour laziness. This is my thinking after considering the work of the most influential songwriter in rock for a good 40 years.
By TED BURKE at September 20, 2020
Email ThisBlogThis!Share to TwitterShare to FacebookShare to Pinterest
Labels: BOB DYLAN