BOB PERELMAN AND DUCHAMP HAVE LUNCH 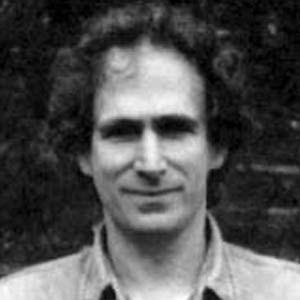 Readymades, an idea from artist Marcel Duchamp idea, a classic Dada gesture he offered with urinals hoisted upon gallery walls, and snow shovels on pedestals. The point , though, was that the object became an aesthetic object, denatured, in a manner of speaking , from its natural context and forced , suddenly, to be discussed in its very "thingness". The object becomes art by the lexicon we wrap around it, a linguistic default. We are forced to look at what has been gathered together and view them as phenomena instead of as common place things we use, pass by and think nothing otherwise. Quite remarkably, things intended for specific uses become extraordinary, we study them intensely and notice things that otherwise eludes us.That may or may not play in the aesthetic of poet Bob Perelman, a poet associated with the Language school and a sharp critic of poetic processes and priorities (The Trouble With Genius, The Marginalization of Poetry. Not to speak too generally of what the Language poets have committed themselves to , it is safe to say that their project has been to foreground language we use as subject matter, freeing the constructed, all inclusive , autobiographical "I" from the rhetorical practice, and presenting a body of work investigating the ways our given tongue has been formalized and arranged so that only  so many concepts of what a writer, or an individual , can accomplish are available to the imagination. Dry as that sounds, the Language poets are a rich and varied lot with quite a range of ideas about their work, and methods of writing their ideas down; Ron Silliman, Rae Armentrout,Michael Palmer, Barrett Watten , Carla Harymann, just a few among a good number of others, are distinct poets with their own methods of dismantling and reassembling the factory-issued approaches handed to us since grade school. Bob Perelman appeals to me in particular because it seems he gets into the Dada mood and welds the hard, metallic surface of the phrases that spin about in the advertising culture. Phrases , slogans, bits of instruction manual babble, a quote from a philosophical essay, tangential lit-crit speak--divorced from a context that apologizes and smooths over their laconic lack of meaningful signifiers , becomes a poetry in themselves, strange phrases and neologisms full of unspoken promise and potential, liberating forces and keys to imaginary heavens. 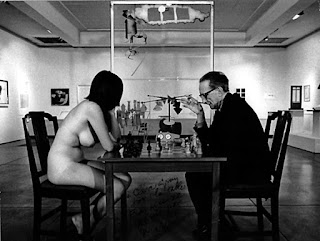 Bob Perelman has the satirist instinct and has the skill to compose in these tongues , these conflicting pitches for one's attention and wallet, with an assured tone that tames the contradictions and inconsistencies, converts an unsubstantiated claim into finely honed vowels and syllables for an announcer to intone with his or her resonating, sweetly cadenced voice. Finding ourselves in a world where very few sentences that are written are understandable in themselves, as remarks who's meaning and purpose can be inferred, Perelman is our spokes-poet, the first poet to understand that the entire culture and the population's attention span has been colonized by advertisers, banks, nervous senate committees. But there is more to Perelman's poems than merely shoving the phrases back into the mess from which they came-- there is the human part as well, the emergence of someone discerning themselves among the constraining turns. "Trees" is a fascinating, layered lyric of a camera, a family situation, the capture and use of an image. Through it, one loses the sense of what just happened; are we all together in this place to be together, or to have our picture taken, and in turn have our experience and perception managed for us?

TREES
A melody composed of solid obstacles
Dictates itself onto paper. The sky adjusts
Automatically. The most popular prison
For sight is imagery. Light separated

From matter shines on a parking space,
A lane change. I think
That I shall never see without
Nameless grasses whispering generalities

Inside the object code which colors
Once removed at various distances
Spray onto my retinas. The proper
Study of trees is trees. A live-oak leaf
Lands upside down on a madrone branch.

Inside the curve of an ear
Each point contains all lines
Drawn through it by the insistence
Of a complete world of days. Any word

Flowers in the face of the climate's
Ornamental attacks. Moving parts
Produce the voice, the airplane,
The frenchfry. The baby on film
Wants to play with the camera.

" The sky adjusts/Automatically." And what we are to take away from this encounter with one another is adjusted automatically as well, as the images of ourselves , the trees, the baby reaching for the camera, pivots on how well a designated technology works. If everything operates as the instructions promise, all is well and good, and it's possible to walk away from what should be a joyful encounter untouched by anything. It is a memory because we have right here, on film. If the camera failed, though, we need to ask ourselves, will be remember it at all? And would be worth recalling if our camera didn't capture the image. Perelman seems aware, under the calm of his style, that we are after strange gods here. He suggests, softly but insistently, that we look at the phrases we use to describe our presence in the world, and to find our where those phrases came from. We are turned into objects ourselves, ready to have something sold to us, receptive and pliant. Whether the object is art as most understand art to be--the result of an inner expressive need to mold , shape and hone materials and forms into an a medium that engages a set of ideas about the world, or unearths some fleeting sense of human experience -- isn't the point here. Ironically, art, generally defined as something that is absent all utility, any definable function, is suddenly given a use that is sufficiently economic, which is to keep an art industry in motion; it is the sound of money. Duchamp, and other dadaists who sought to undermine this idea of art and its supposed spiritual epiphanies for the privileged few, instead furnished a whole new rational for art vending. Duchamp and Perelman might share the desire for another kind of heaven, a space where concepts ,structures and the like weren't handed to us like crisply packaged uniforms.
By TED BURKE at August 08, 2020
Email ThisBlogThis!Share to TwitterShare to FacebookShare to Pinterest
Labels: BOB PERELMAN