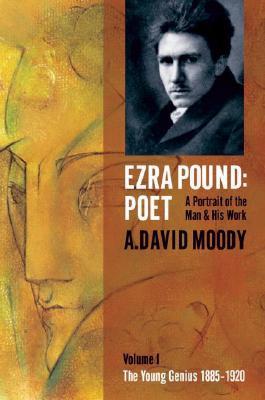 Pound the poet, the propagandist, the editor, the talent scout, all dutifully reported and examined by A.David Moody, a literature professor and literary biographer. William Carlos Williams had opined that the self-created Pound was certainly a genius but added that he was, as well, “an ass”. His biography and considered study of the poet, Ezra Pound: Poet. Volume I: The Young Genius 1885-1920 , is a potent examination of this man's progression to maximum bad faith.

I was grateful to read this in this slow moving biography , if only to know that it wasn’t just me that thought him as someone who it was more work than it was worth to know.Moody's thesis seems to confirm my suspicions that the greater part of Pound's genius, as it were, lay in his massive appreciation in the genius of others. He was, in my view, a first rate talent scout and an enthusiastic supporter of new and revolutionary work. I will admit that there are those few poems written by his hand that I've actually liked, but as the review suggests, his most radical writing wasn't just dense difficult by a daunting erudition, but because the writing was a melange of styles , emulations, parodies and voices that collectively couldn't pierce the veil of self-imposed obscurity.
The difficulty seems a self-fulfilling prophecy; purposefully abstruse verse with little aid to the curious, and a built in rationale for further lacerating the rubes for their failure to "get" what he was getting at. Like Ayn Rand, Pound's central belief was in genius that was dictatorial and not obliged to make the new ideas comprehensible . One got with the program or be trampled by the revolution to follow. Pound is one of the most fascinating men in American literature, and he'll no doubt continue to vex generations of bright poets to come. But that is something we who think literature should , by default, have "progressive" leanings will have to grin and bear. Like or not, Pound revolutionized Poetry coming into the 20Th century just as D.W.Griffith created the modern film narrative style with his epic and naively racist Birth of a Nation. Much of the time great work doesn't come from morally unambiguous personalities
at July 25, 2020