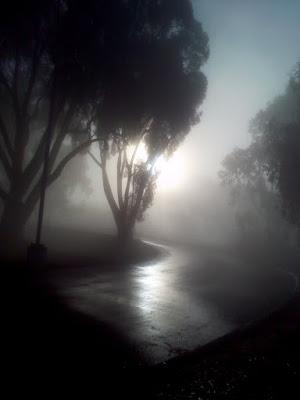 Well, not dead, but in danger of losing street credibility because of its growing popularity as a default style among a generation of urban, street oriented poets. Like hip-hop, it's a brand name, not an attitude anymore, a commercial idea, no longer a community ideal. Slam poetry has arrived, and it bothers more than a few. The New York Times recently worried whether slam poetry was going soft and in danger of losing whatever potency. The slammers are virtually everywhere you go when you investigate the further reaches of what comprised the unincorporated, un-assimilated branches of contemporary poetry, but like rap, the style has become just that, a style, another among many.The anger, rage, the colloquial playfulness and in-your-face strategy that had made these bracing bards a phenomenon worth considering has become predictable. A large cause of slam's deadening is the monotony of presentation--choppy, click-track, scratch-popping momentum, hip-hop style, almost invariably defines the poets 'performance style. One tires of being exhorted to, waved at, lectured, or otherwise badgered to show the poet some love. The School of Quietude could offer a lesson to the young, the eager, and the impatient: dial it down, quiet it down, and don’t forget to breathe.
One poet after another seem to ape the maneuvers of the one who'd been on stage before them, only with their gestures, nonsensical accelerations and ramping down of recitation temp, their whoops and hollers, their sudden gushes of near rhymes and forced analogies pouring forth, unguided by nothing but gravity, like a collected detritus falling from a crowded closet. As with listening to streaming heavy metal rock on satellite radio, might have spent their time listening to the machines in a laundry mat. At least some clothes could get washed in the bargain.

What further kills the buzz with slam poetry is the incessant, braying, unreconstructed egotism of the poets who cannot leave the autobiographical style behind and place distance between themselves and the world they live in. Even in the bleakest situations, the sorriest locals, a poet worth their good graces could drop the personal pronouns and study the relationships of people, places and things without the need to intervene with declarations, objections, ineffective protests. As with the pacing and the cadence, the effect of nearly every poet delivering a hasty rant glutted with self referencing becomes an ironic form of group think--think of the old joke about someone attending a convention of Independent Thinkers.The poet has the right, sure thing, to talk about things in entirely whatever fashion they choose to, and solipsism isn't rare at all in the far-ranging universe of poets and their assorted schools, but variety, we think, would be expected from an emerging school of poetry. One shouldn't feel compelled to write and perform in the same manner. The might as well be wearing school uniforms, complete with a crest.Slam poetry gets tedious quickly, the reason for which is that it's a style that knows one style, one attack, one speed, which is staccato, in your face, and angry. This isn't to say that there isn't a good slam poet here and there, but so much of what gets called poetry in these settings (that I've seen anyway) is an unfocused rant declaring independence in what sounds little more than a string of bumper sticker and T shirt slogans focused on a particular audience who are in the early stages of developing their poetry taste. It's the conformity of non conforming, rebels gathered together in the same room, aggressively agreeing with each other.The in-your-face style and anger dominate , yes, and serve the purpose of drawing attention and making the speaker's agitation obvious, but with respect to the crucial matters slammers say they're dealing with, whether social justice, racism, rape, the performance style wearies the observer who isn't part of the mosh pit mentality that makes up a slam community . The injustices one tries to expose and address and the humanity they try to reclaim is more than obscured by the fidgeting exclamations coming from performers uttering their slogans at unnaturally high levels of throat stripping volume. The issues you bring up are reduced to an equivalent selection of talking points the RNC fashions when they sick their attacks on Democrats. At any point, the central theme of slam poetry is me and my anger and my right to express myself and you're not going to tell me what to do , man... It's a kiddie thing.
I would say that poetry is not supposed to do anything other than be a poem, to paraphrase Archibald MacLeish. You can't write a poem with it in mind that your successfully living up to a strict set of requirements; not and remain an interesting poet.I would say that emotions are what motivates the writing of poems in many instances, not the other way around as you perhaps mistakenly phrased it. An emotion, a mood, a thought comes prior to the writing, which is the poet's attempt to frame their experience , their perception. Some might argue that slam poets take the emotional subjects and seek to make the audience feel something beyond the page and podium from where the poet recites, but often as not the feeling is like getting hit by a car over and over again.Emotions are fluid , mercurial, gracing and cursing us with an infinite stream of sensation sublime, miserable and limitless variations in between, and the poet who seeks to do justice to the nuance of the feeling and their perception of it would attempt to find a language and the phrases that would get that fleet sensation across to an empathetic reader. In your face is fine if that's what is called for, but the constant barrage of anger, drum line pieces of rage, anger and pain makes one assume that perhaps some writers are cultivating their pain , refusing to allow their wounds to heal in some productive way, or that they pursue new miserable experiences for the sake of having something else to fit into their templates.
Anger dominates the idiom, and even it doesn't the pace has one speed, rapid, frenzied. It becomes monotonous; the real test of how good individual poems are is how they survive committed to the page, where the rhythms , cadences, pauses and euphonious effects resound in some idiosyncratic way in the reader's private sense of music. It should be, I dare say, something akin to a composition from which there are firm cues and structures that survive as literary art separate from the the author's / reader's projectile recitation. Even in the gentler, kinder, more ecstatic moods slammers might attempt, there is a feeling of wanting the experience to be over with. Rather than do justice to an experience, an idea, an emotional complex, too many slammers sound as if they prefer the crowd pleasing line, the cutting analogy than the sustained mood, which makes me think that the concern is less art than it is acquiring bragging rights. It's a tradition related to toasting, hip hop and such, and while it's a tradition of it's own making and standards, it's cursed with a monolithic ally monotonous style that seems more like the way Detroit used to think about the way they made and sold cars; the packaging was more important than what was under the hood.
By TED BURKE at November 05, 2019
Email ThisBlogThis!Share to TwitterShare to FacebookShare to Pinterest
Labels: SLAM POETRY