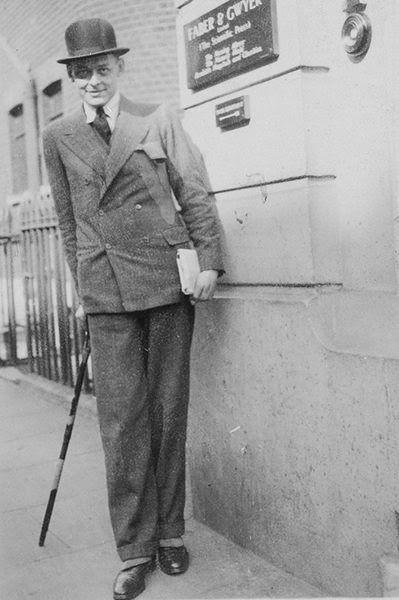 T.S.Eliot wrote in a time when the Universe seemed to be rent, with heaven and hell bleeding into one another, a career on the heels of two world wars that shattered optimism one may have had for the promise of technology to replace a silent god, is hardly different than the dread that lurks under the covers of the postmodern debate over language's ability to address anything material, or have it convey ideas with any certainty. There is simply the fear that the names we give to things we think are important and worth preserving are, after all, based on nothing. Grim prospects, that, but, I think, seeks to provoke a reader's investigation into the source of the malaise, the bankruptcy of useful meaning, with a hope that the language is reinvigorated with a power to transform and change the world. Eliot's response was real art though, and if it did turn into resignation and nostalgia for more-meaningful past times, his articulation at least provokes a response in the reader, and operates as a challenge for them to make sense of his language, and understand the complexity of their own response. This adheres to Pound's modernist ideal that art ought to not just be about the times in which it's made, but that it needs to provoke a response that changes the times: transformation remains the submerged notion. There is beauty because there is power in the imagery and the emotion behind it and it's powerful because it rings true; a reader recognizes the state of affairs Eliot discusses with his shimmering allusions and responds to it. The material does not lie, and he certainly isn't being false by saying "this is my response to our time and our deeds". Rather, it's more that one disagrees with Eliot's conclusion, that all is naught, useless, gone to ashes. Better that one inspects the power of the truth that is in the work and develops their own response to their moment. It's less useful to try and argue with someone's real despair. A depressed expression does not constitute lying.

Eliot was not lying in any sense of the word--lying is a willful act, done so with the intent of trying to make someone believe something that is demonstrably untrue. As the point of The Quartets and his plays have to do with an artful outlaying of Eliot's seasoned ambivalence to his time, the suggestion that "beauty lies" is specious. One has the license to argue with the conclusions, or to critique the skill of the writer, but the vision here is not faked dystopia Eliot contrived to a good amount of trendy despair--that comes later, with artless confessional poets who lost any sense of beauty to their own addiction to their ultimately trivial self-esteem issues. Eliot, however, one views him, sought transcendence of what he regarded as an insanely short-sighted world, and sought to address the human condition in a lyric language that has, indeed, found an audience that continues to argue with his work: the work contains a truth the readership recognizes. Eliot was following suit on the only prerogative an artist, really, has open to them: to be an honest witness to the evidence of their senses, and to marshal every resource in their grasps to articulate the fleeting sensations, the ideas within the experience. This is the highest standard you can hold an artist too; any other criteria, any other discursive filter one wants to run the work through is secondary, truth be told because the truth within the work is the source of that work's power. One needs to recognize what it is in the lines, in the assemblage and drift of the lyric, in the contrasting tones and delicate construction of vernaculars, what is that one recognizes and responds to in the work, and then mount their response.

There is more to the Four Quartets or the plays than what assume is an admission of defeat in the hard glare of uncompromising, godless materialism--there is hope that his work inspires future imagining greater than even his own-- but I cannot regard the poems as failures in any sense, even with the admission that there is great beauty in them. Eliot renders his consciousness, his contradictory and ambivalent response to the world he's grown old in with a perfect pitch, and it's my sense that his intention to provoke the imagination is a sublime accomplishment. As craft and agenda, the later pieces work.

What does Eliot's despair have to do with postmodern writers and writing? It's less about what one can call his "despair" than what his operating premise has in common with the postmodern aesthetic: Eliot, the Modernist poet extraordinaire, perceives the world the universe has to have any sort of definable center, any unifying moral force formally knowable by faith and good works. There is despair in the works, behind the lines--one responds to them emotionally and intellectually--and the power behind the images, the shimmering surfaces the diminished, de-concretized narrator feels estranged from, comes from a felt presence, a real personality. Eliot, though, turns the despair into a series of ideas and makes the poetry an argument with the present day. There is a pervasive sense of everything being utterly strange in the streets, bridges over rivers, strangeness at the beach, and we, it sounds, a heightened sense of voices, media, bombs, headlines competing for the attention of someone who realizes that they're no longer a citizen in a culture where connection to a core set of meanings, codes and authority offers them a security, but are instead consumers, buyers, economic in a corrupt system that only exploits and denudes nature, culture, god.

Eliot conveys the sense of disconnection rather brilliantly, reflecting the influence of an early cinematic editing styles: Eliot is a modernist by his association with the period, though at heart he was very much a Christian romantic seeking to find again some of the scripture’s surety to ease his passage through the world of man and his material things. There has always been this yearning for redemption of purpose in the vaporous sphere, and much of his work, especially in criticism, argued that the metaphysical aspect could be re-established, recreated, re-imagined (the operative word) through the discipline of artistic craft. Modernists, ultimately, shared many of the same views of postmodernism with regards of the world being a clashing, noisy mess of competing, unlinked signifiers, but postmodernism has given up the fight of trying to place meaning in the world, and also the idea that the world can be changed for the better. Modernists, as I take them in their shared practice and aesthetic proclamations, are all romantics, though their angle and color of their stripes may vary. Romanticism, in fact, is an early kind of modernism: the short of it is that there is a final faith in the individual to design of the world, and in turn change its shape by use of his imagination

Eliot's turn to religious quietism isn't so surprising, given the lack of self-effacing wit in his writing that might have lessened the burden of his self-created dread of the modern world: a tenet of modernism, shared by any writer worthy of being called so, is that their work was to help the readers, the viewers, the audience, perceive the world afresh, from new perspectives, in new arrangements, to somehow help get to the "real" order of things behind their appearances, and, understanding, change the world again. Temperaments among poets varied as to how they personally responded to their need to live aesthetically--and in all cases, living aesthetically was a viable substitute for a religious rigor--Stevens chose his Supreme Fiction while being an insurance executive, Pond toyed with fascism and economics, Joyce opted for a life in the eroticized parlors of France and Britain, Williams found connection through his medical practice and biology, related, absolutely with his poetry.

Overall, what keenly separates the modernist engagement with meaning creation was that it was the things of this world, this plain, this material reality, that were the things that would help us transform individual perception; the thing itself is its own adequate symbol. A nod to Husserl and phenomenology, the meaning of things in the world, as things, was mysterious indeed, but their form didn't come from the mind of a God who, at best, was an absentee landlord. Eliot, though, sought religion, and I don't see that as a failure at all: the work is too powerful to be regarded as either a personal failure if that's a claim one might nor as a poet. Eliot, as you say, is a poet of ideas, among other things, but ideas are useless in a poem unless they're seamlessly linked with an emotion, an impulse, and it's possible, I think, to see where the work was going: the kind of world Eliot described, with the kind of intelligence and personality that described it, was a bleak and unlivable sphere, requiring a decision, to commit to something that supplies meaning, fits the personality that needs direction.

I don't regard Eliot as an artifact at all: I've commented previously on how the work still inspires readers to engage the world in new ways: he is a permanent influence on my work as a poet. The early modernists rejected the romantic label--for a variety of reasons. I'm sure they had good reasons, but Modernism, in many respects, is an old project with a new label. Can we really place Joyce and the Futurists and Eliot and Pound and Yeats and Gertrude Stein, Hemingway and Fitzgerald in the same box? Yes, but it is less of a box and more of a tent; there is a lot more room to move around in.
By TED BURKE at February 22, 2019

Email ThisBlogThis!Share to TwitterShare to FacebookShare to Pinterest
Labels: T.S.ELIOT